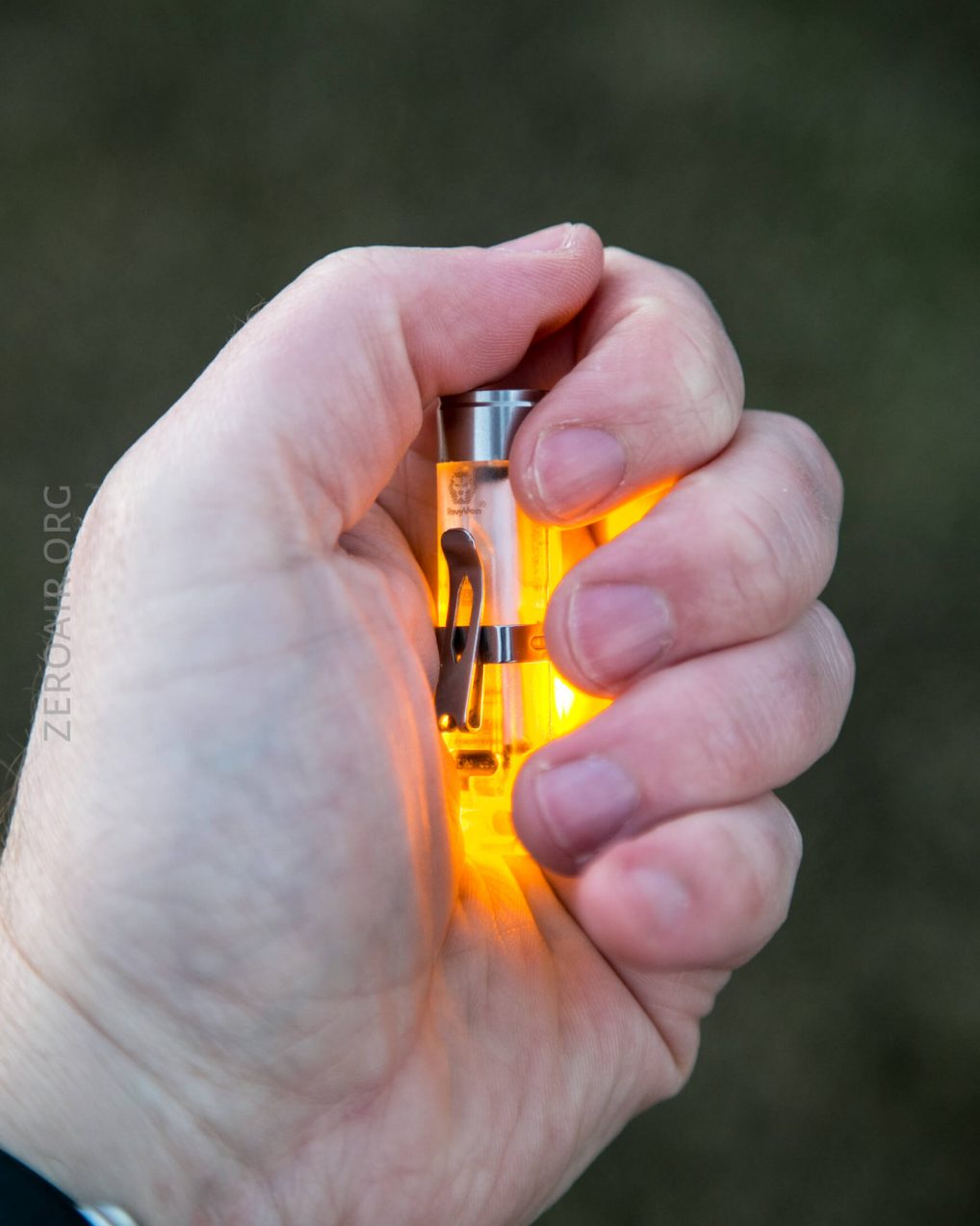 There was a  group buy organized on reddit of this special run of the Aurora series… It was this Nichia version, with a modified UI.  I got my copy recently and I’ve been playing with and testing it.  It’s similar enough to the older ones that this review will be brief[er] on text, but with description of differences.

The price of this model is $46.95, but can be discounted with the coupon “zeroair”.  Buy it here!

I liked the Aurora series, and I like it even more with Nichia.  I will gladly take lower output in exchange for a Nichia 219c emitter.  The new UI is fine, and I appreciate the lower low.  The light seems to have picked up some unfortunate PWM on the lower modes, but I hear RovyVon is getting that sorted out.

* Standard measurement disclaimer:  I am an amateur flashlight reviewer.  I don’t have $10,000 or even $1,000 worth of testing equipment.  I test output and such in PVC tubes!!  Please consider claims within 10% of what I measure to be perfectly reasonable (accurate, even). 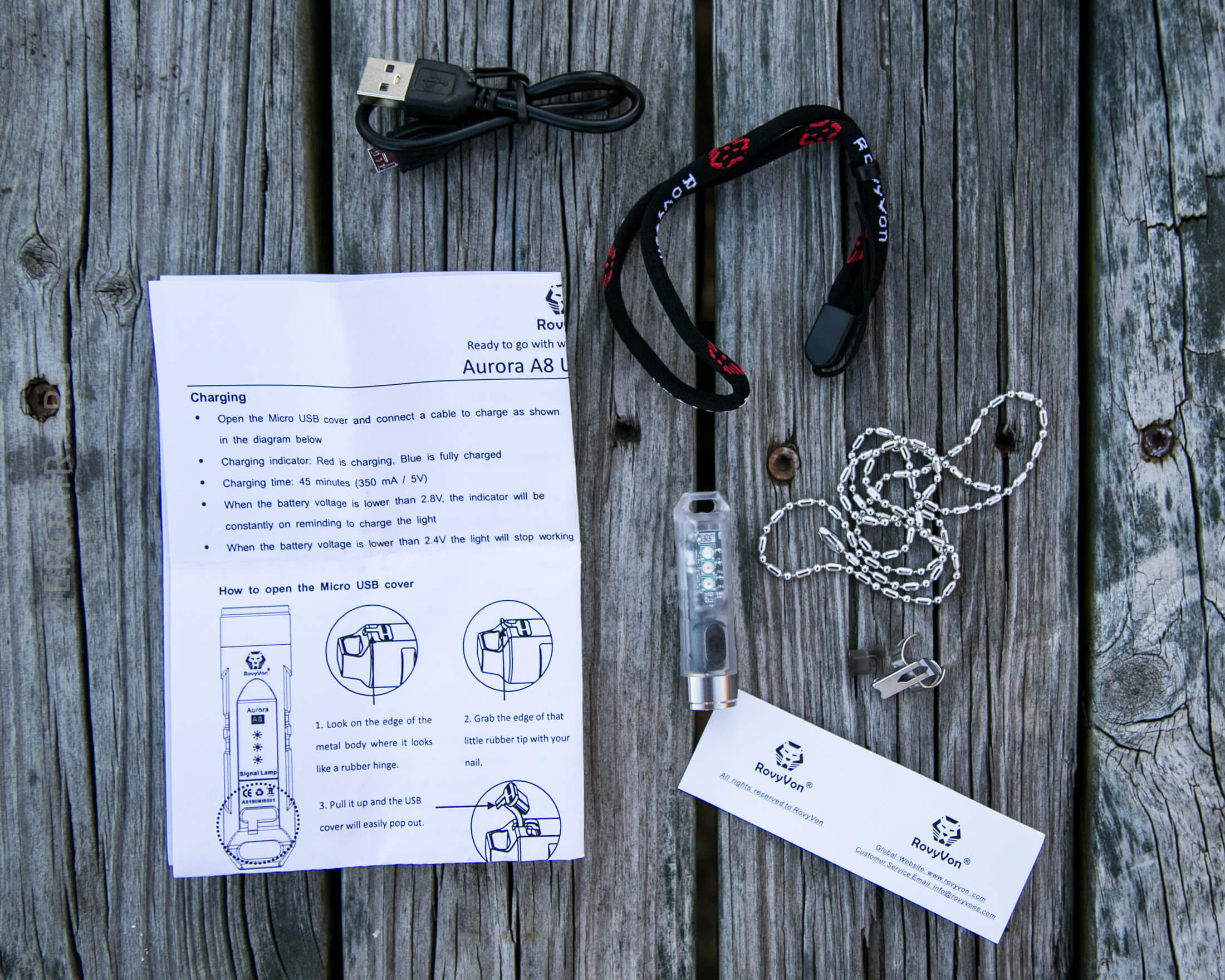 Nothing new about the package!

The manual is updated for this specific model, with a runtime graph specifically for the 219c.

The manual’s good, and is a single A4 sized paper.

Nothing at all unexpected from this updated Aurora.  The body is a new poly – completely clear and not tinted.  I think this was because of the UV option, to be certain that the body doesn’t impede the UV.  (To wit: RovyVon has considered the fact that polycarbonate blocks UV, and has taken care to prevent it in this light). 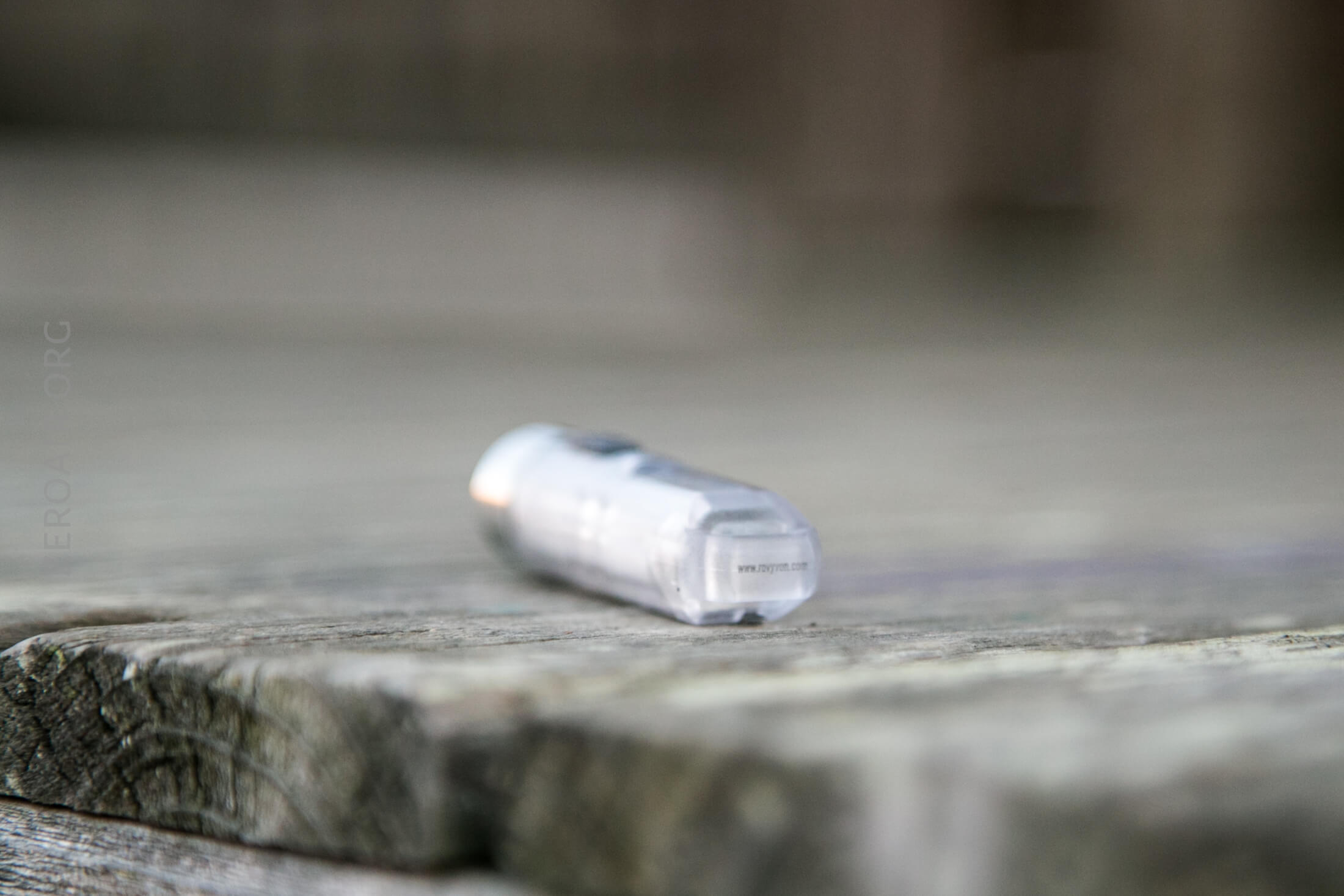 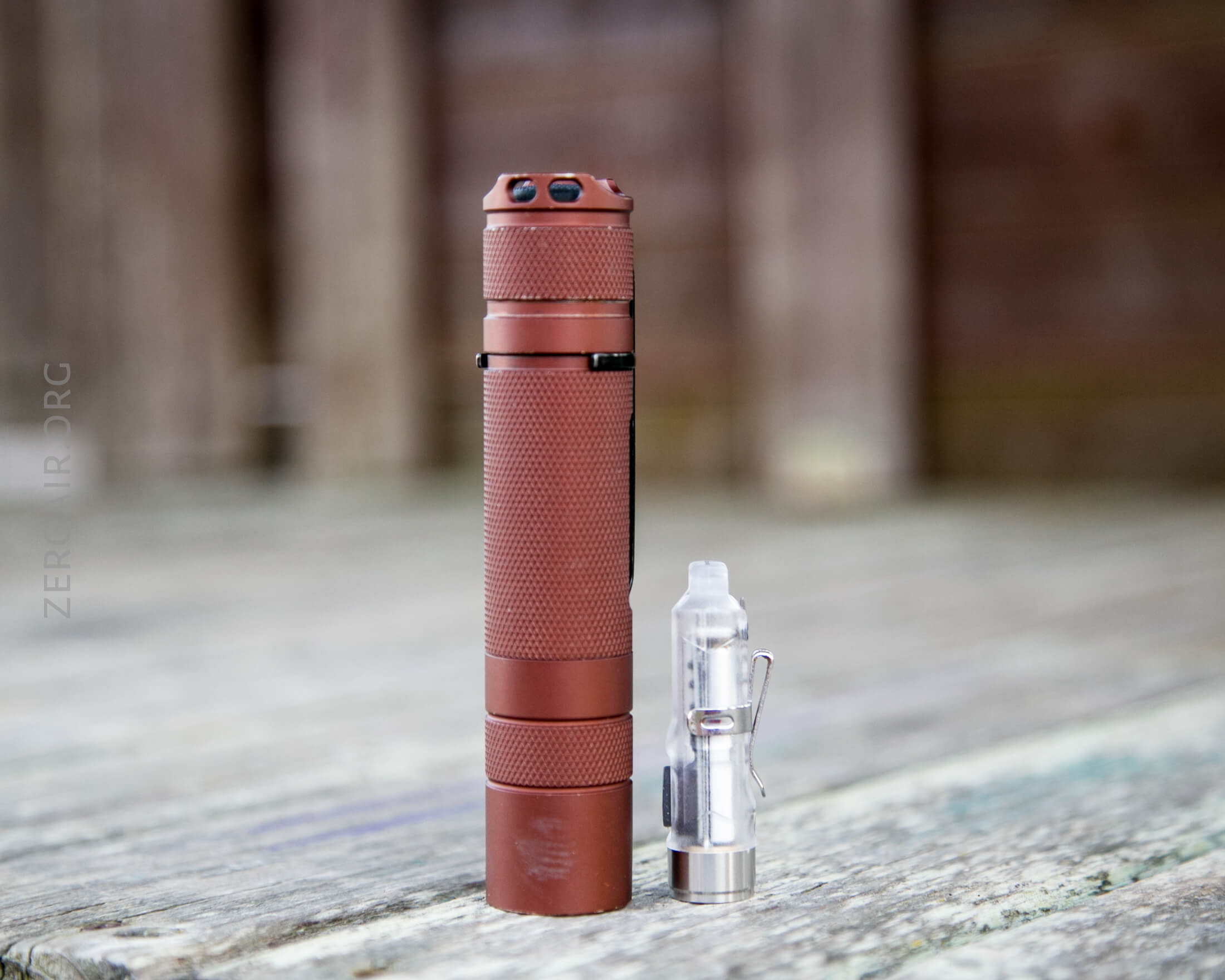 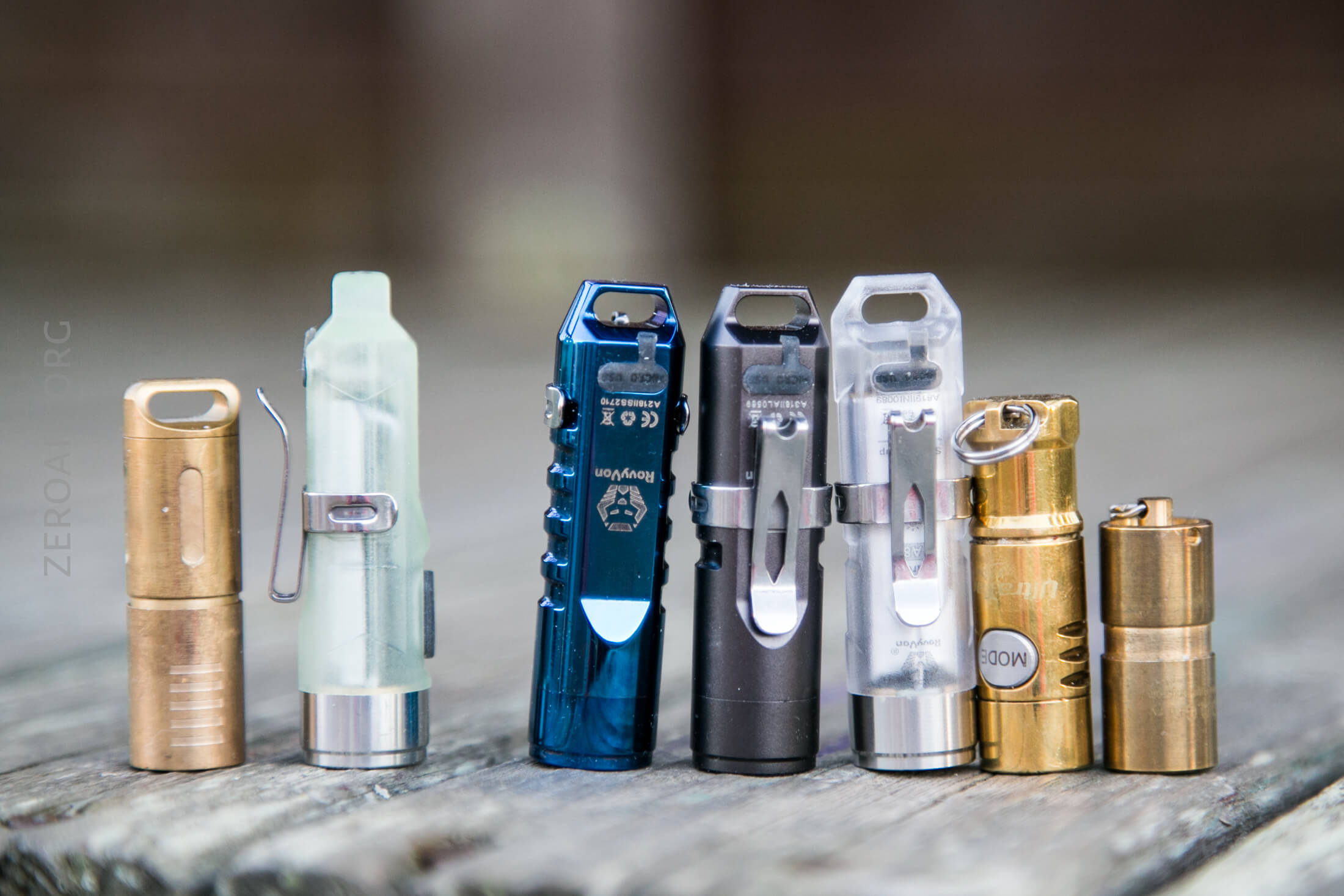 A very good way to carry this light is the included chain.  It’s unusual that this thing is included, but it attaches securely, and carries well on the neck.

The other option is the pocket clip.  It’ll attach on either side of the light, and in two positions, and also in either orientation.  Very versatile.

This versatility allows the A8 to clip on the bill of a cap in a useful orientation, for example.

The battery is internal, and built in.  Ie, it’s permanent, and can’t really be swapped.  I performed a runtime on the highest mode.  As expected (per testes on the other Auroras), the output drops dramatically and quickly

In my tests (which go down well below 10%), the light never shuts off.  Output also doesn’t quite hit the claimed 350 lumens, as measured on my device.

I also performed a runtime on the second highest mode.  Output steps down quite quickly with this mode too, and after the stepdown the output is more or less the same.

Of course with a built in cell, the light also has on-board charging.  A cable is included, and is powered by USB. 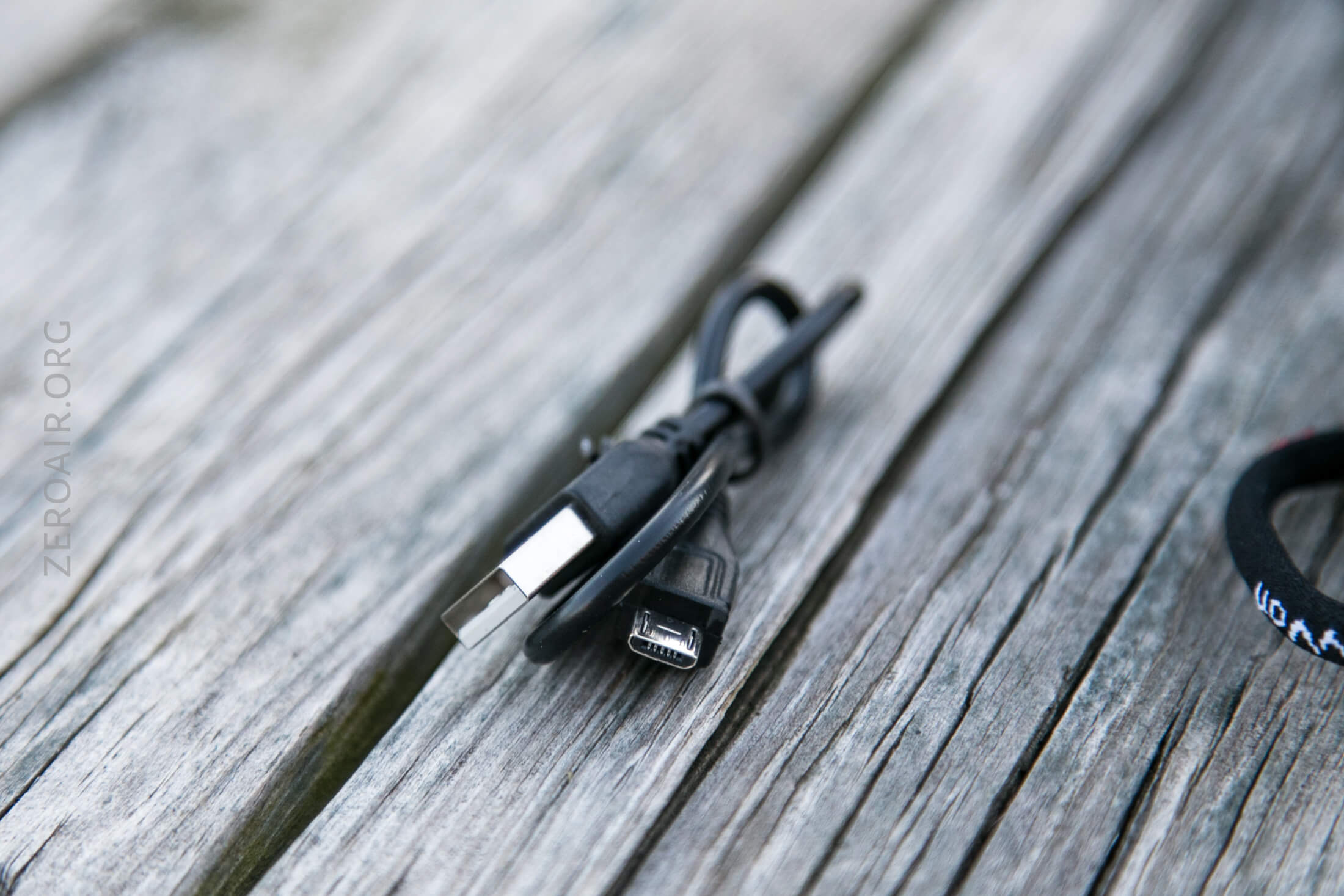 The micro-USB port is covered by a little rubber plug, which is the same as on the E300S. 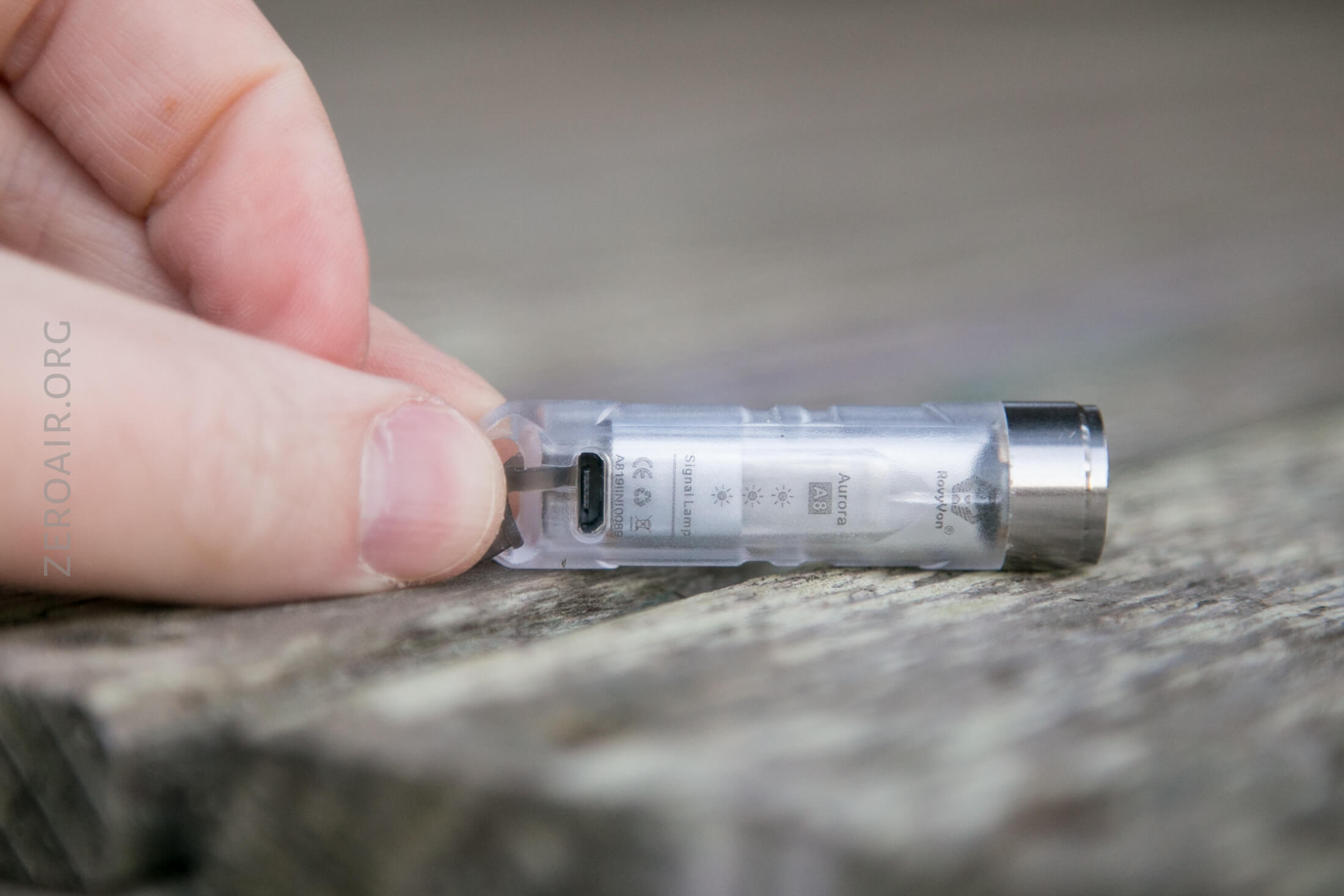 Below is a charge graph.  Nothing unusual really, except that the CV phase is quite long. 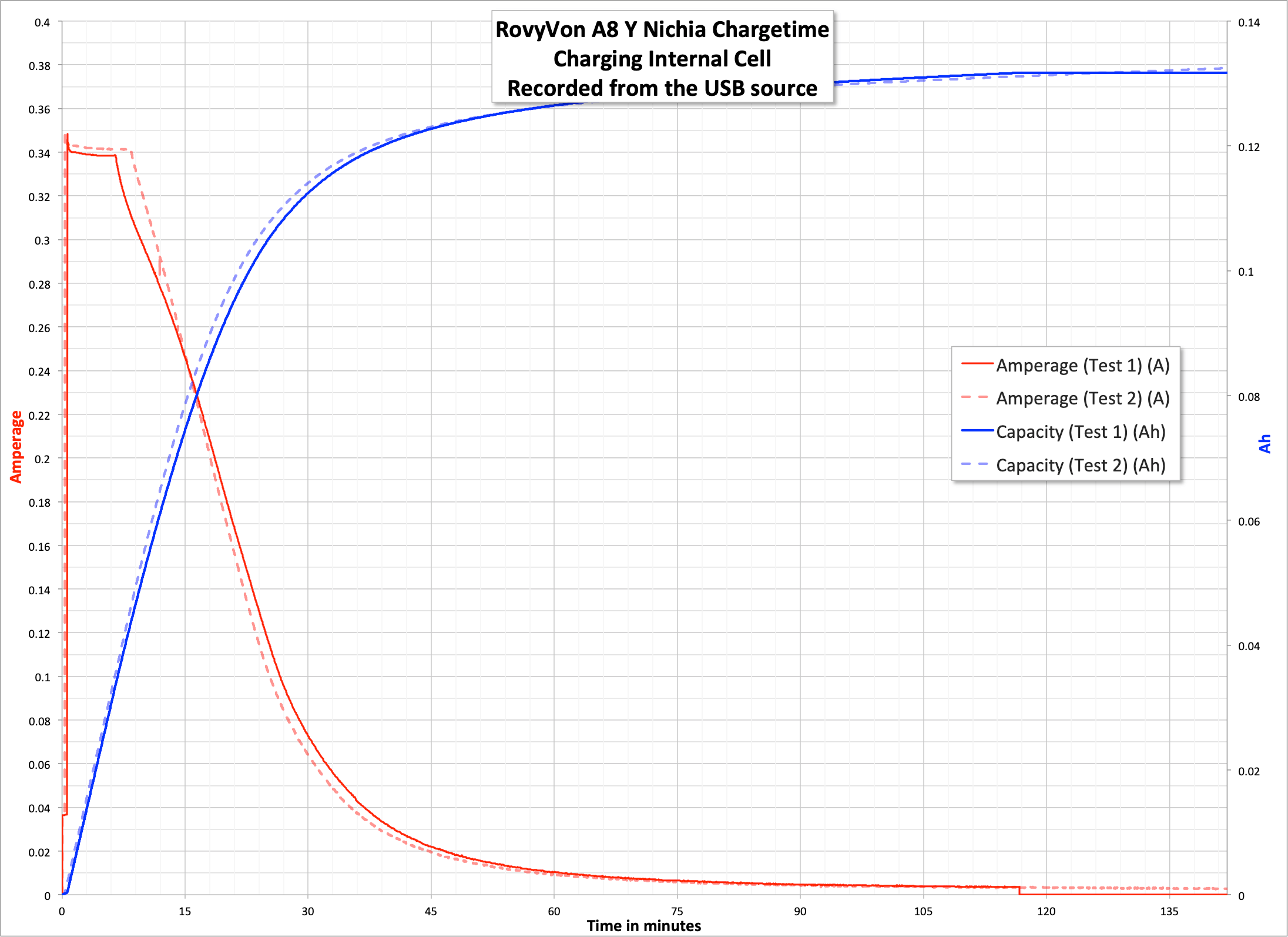 PWM is quite noticeable on the lower modes, and can even be seen on the third mode.  It’s completely absent on the highest mode.

Note the scale below – 2ms – and compare it to the E300S reviewed just the other day, where the scale was 50us.  (50 microseconds).  Unfortunately I find the PWM on low to render the lowest mode practically useless.

For reference, here’s a baseline shot, with all the room lights off and almost nothing hitting the sensor.

There’s one switch on the A8.  It’s a clicky e-switch.  The second biggest difference in this and the other Auroras is the UI.  This one has been reworked (based on reddit users requests!)

Everything’s the same about the beam of the light except the emitter.  The emitter has been changed to a Nichia 219c, 4000K and >90CRI.  The optic still gives a beam with mostly spot and a little spill. 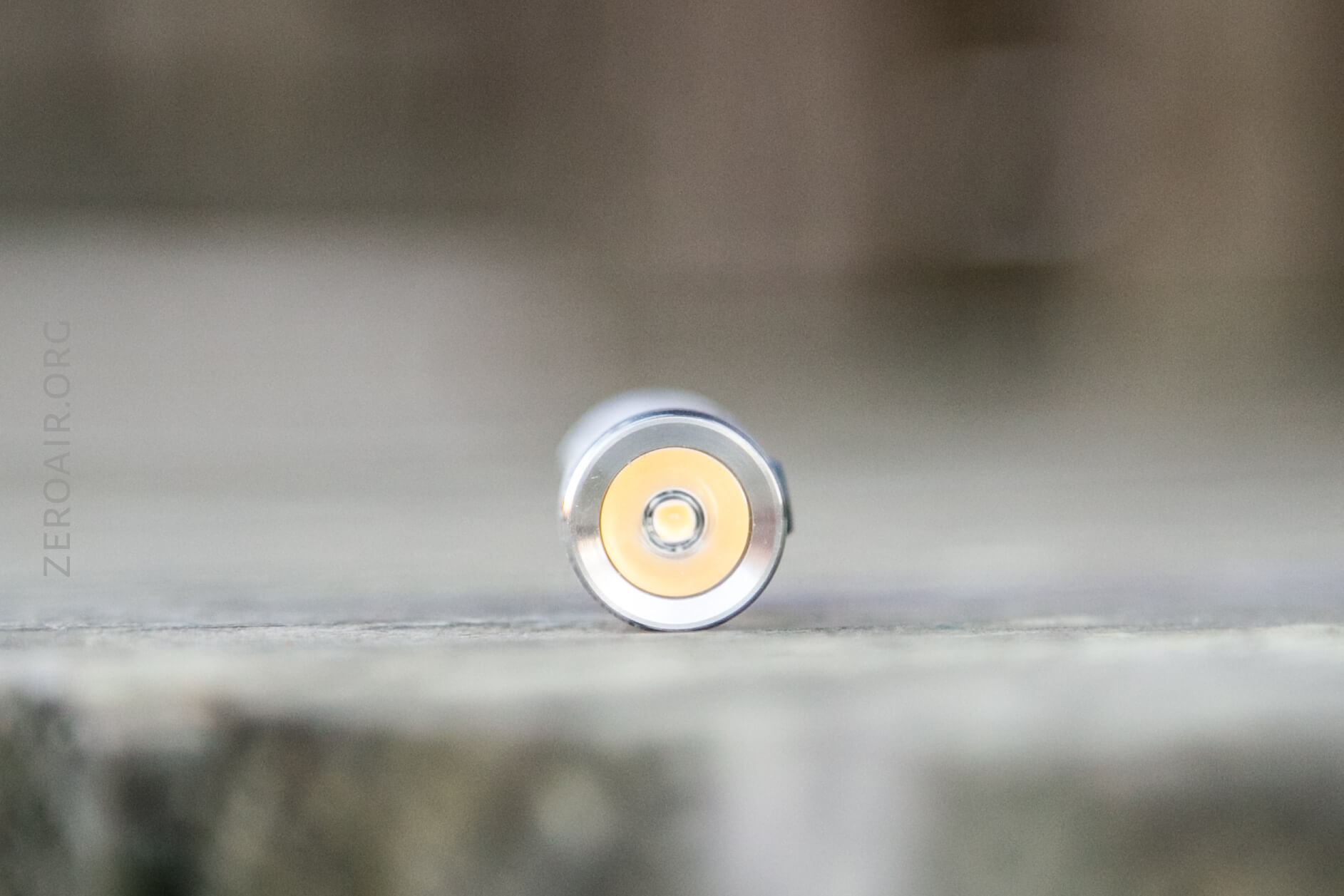 The side lights are quite bright…. in fact I would love to have access to lower side modes.  And steady red/blue, not just flashing.

These are the same shot but with different settings – I thought the second one was easier to understand.  (The top one is included just because it’s the same settings as all the others I’ve done.)

I compare everything to the Killzone 219b BLF-348, because it’s inexpensive and has the best tint!

As an Amazon Associate I earn from qualifying purchases.